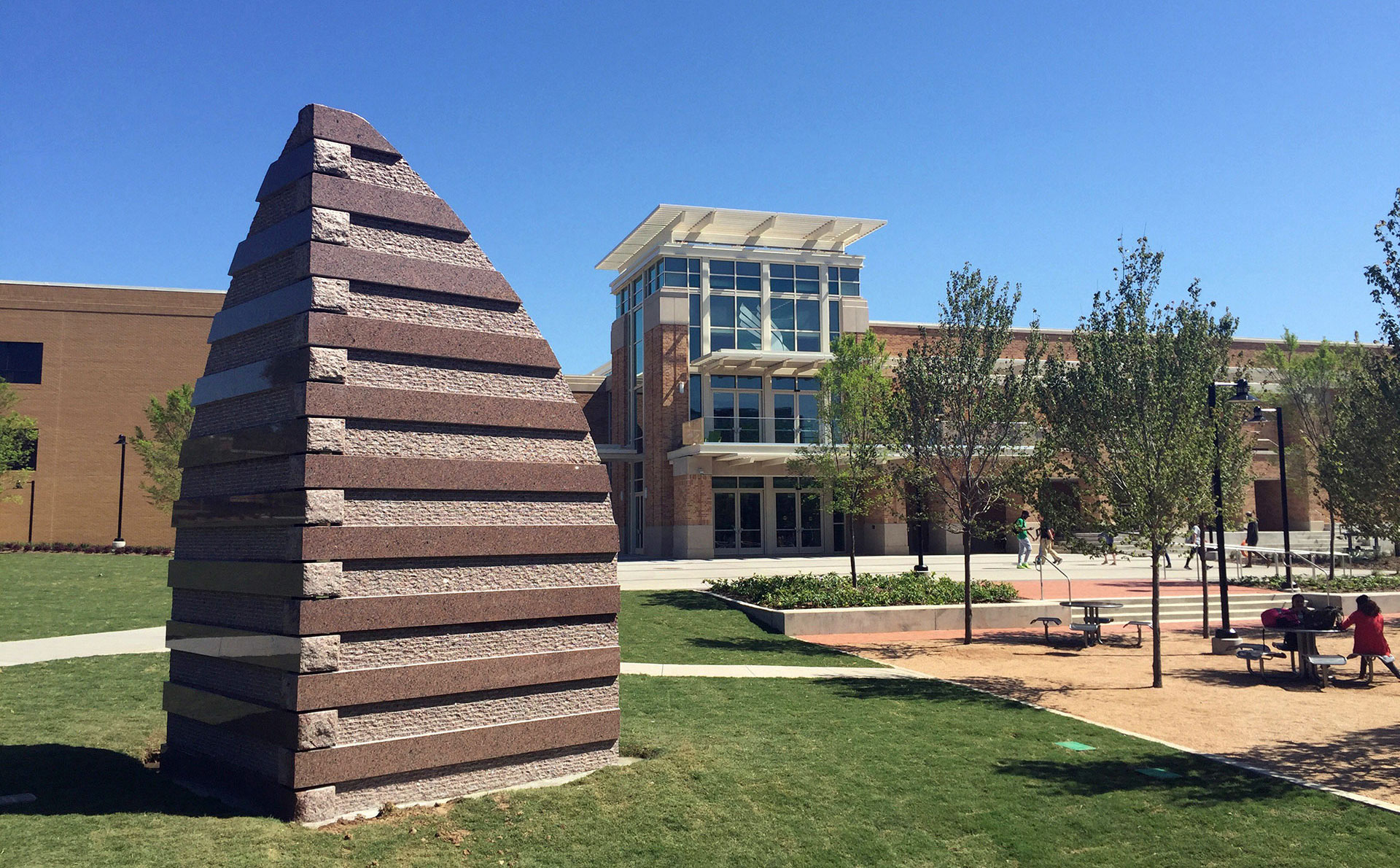 Jesús Bautista Moroles, ('78, BFA, Studio Art: Sculpture) created a name for himself through expert manipulation of granite and a unique perspective on humanistic and natural harmonies within the world. Moroles died in a car accident in June 2015, but his name will live on at the art school Moroles attended as a child. The Dallas ISD board members will vote next year on the proposed name, Jesús Moroles Expressive Arts Vanguard School, to replace Sidney Lanier's name on the school at 1400 Walmsley Ave. in Dallas. Lanier (1842-1881) was a Confederate soldier known as the poet for the Confederacy.

An American sculptor, Moroles is known for his monumental abstract granite works. He lived and worked in Rockport, Texas, where his studio and workshop were based, and where all of his work was prepared and finished before being shipped out for installation. His sculpture, Shield, situated at UNT near the south entrance to the University Union, features two 18’ panels of stone that weigh a combined 20 tons. His acclaimed public art sculptures contributed to former President George W. Bush awarding him the National Medal of the Arts in 2008, the highest award given to artists by the U.S. president. The sculpture at UNT was financed by Jerome “Bruzzy” Westheimer.

Note: Should you need reasonable accommodation due to a disability to fully participate in a CVAD event, please contact the CVAD Dean's Office, cvad@unt.edu, 940-565-4001. For voice access, dial 1-800-RELAYTX (735-2989). Please make the request as soon as possible to allow sufficient time to arrange the accommodation.